You are here: Home / Doors / Combining Window Styles: An Introduction

There are generally two categories of window styles: operable and fixed. The last is usually called a picture window, so-called because it frames a static, outside view just like a painting or a picture. And, when you’re combining window styles, the cornerstone should incorporate both categories for some semblance of cohesion. A non-operable window can be paired with two casement windows on either side, which offers two benefits. One, you would have a great view as if you had three picture windows side by side, but also get the benefit of ventilation from the two casement windows.

One great way to use this arrangement is with a bay window. The picture window can act as a centerpiece while the two casement windows form the angled parts.

How about more ventilation? For this purpose, you use place double-hung replacement windows instead of casement units for your bay window. While double-hung windows may give you slightly less natural light because of the way their sashes operate, you’ll have more ventilation, thanks to their ability to cycle air.

Renewal by Andersen® of Connecticut is the trusted manufacturer, supplier and installer of the highest quality replacement windows. Call us today at (860) 904-1931 to learn more. You can also fill out our contact form to request an estimate. 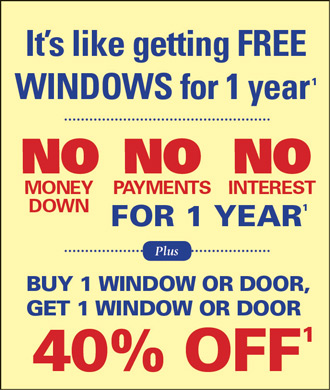 Advantages of Renewal®’s Exclusive Fibrex™ Material Fibrex™ is a building material that is exclusive to Renewal by Andersen®. It was first created when the company realized that even vinyl materials, which were thought to be the most environmentally friendly window materials, were filling up … END_OF_DOCUMENT_TOKEN_TO_BE_REPLACED